How does science fiction fit with my whole sense of being?  Well, I have quite a connection with SF, going back many years.  In the 1960’s a lot of sf writers proposed calling it “speculative fiction” rather than “science fiction” because there was not a lot of pure science in the literature, but a lot of stretching the boundaries of possibility.

The Harthan Empire unknown, warlike, and terrifying, has turned its sights on Garv. Their secret weapon is not the usual armaments but piscine – teleportation, telepathy and psychokinesis. Ferns Vel-Darscenn, trapped by her society and family demands, has had a dream of Hathans invading her planet, and capturing her.

Migal Horne has ruled the small Harthan Empire for almost 18 years, creating a strong and supportive interdependence among the planets. Its capital, Hatha, is what used to be the burned out hulk of old Earth, now beautifully transformed. All the Hathans are telepathic, but he has a special gift-the ability to control with a thought, which he rarely uses these days. Everything is working very well, and he is bored. He needs more excitement. And it’s on its way. 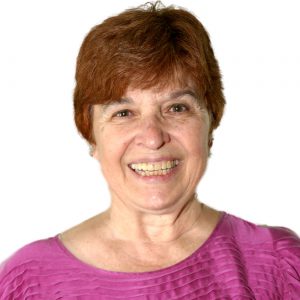 I have been many things over the years while I tried to figure out what my life purpose was. Because of my love of science fiction, and Star Trek, I got involved with a group of other fans, and we put on local (San Francisco) conventions. because of the enormous interest in Star Trek, my partner and I created the first Star Trek store, the Federation Trading Post in Berkeley, California. We had over 1500 people show up on our opening day. During its existence we had every Star Trek cast member except Leonard Nimoy and DeForrest Kelley. For Star Trek fans, it was a special place, and you can find out more about it from this movie (we’re in the first third of it). [Tom Wyrsch’s movie].

After the store closed, I moved on to other things, but my interest in science fiction was always there. And my spiritual work was always prominent. I decided to work on my psychic abilities and from that, I moved into psychotherapy—because I found that I could take my clients deep into themselves, and I needed to know what I was doing.  That’s why I became a transpersonal psychotherapist, which means that spirit is always part of the therapy, whether or not the client realizes it. I have been both an intuitive and channel, and a psychotherapist for over 30 years now (hard to believe!).

I have done a lot of traveling to all kinds of sacred sites, and I live in Mt Shasta, another incredibly spiritually intense energy vortex. In my travels, I have met a lot of the beings that have been living at those sites, and I cannot describe the joy so many of them feel when they know they can communicate with a human, in this case, me. One of the most notable was Tarxien on Malta, one of the oldest temples (now a ruin, of course) in the world. There I met some very ancient alien beings who were delighted to pass on some very important information to me after all these millennia, and then left the Earth.

Most recently, I visited Carnac in Brittany, where there are miles-long rows of standing stones, and when I touched some of the stones, they gave me all sorts of information about themselves and their purpose.

Everything I do and am is through a spiritual lens—not a religious one. I am very spiritual, but not religious at all. That doesn’t mean I’m floating out of my body all the time. quite the contrary. I’m very practical and that is reflected in my readings, which are down-to-earth, sensible, simple, and clear, and yet amazingly transformative.